Northern Central Hospital is a medical institution which has the privilege of providing quality patient care.

In Business Today - Article About NCH « Go back 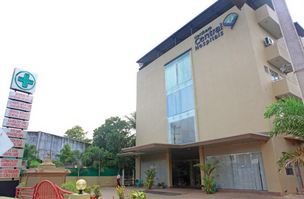 In Business Today - Article About NCH

The Northern Central Hospital was established with the aim of providing private healthcare to the people in Jaffna. Though, Founder Chairman, S P Samy was not a medical practitioner by profession, due to the numerous requests from the people of the area, the land he had purchased for his four children was utilised to build a hospital.There were very good and qualified doctors in Jaffna at that time. Since there were no proper medical facilities to treat patients, I decided to start a private hospital as there were qualified medical staff to operate the place," explained S P Samy regarding the beginnings of the hospital.

The Northern Central Hospital was functioning during good times and bad, however though the hospital was closed in 1996, it was reopened in 2001 and functioned in the old building till 2010. With the end of the conflict in 2009, Northern Central Hospital was prepared to take the next step forward, as such Dr Keshavarajah explains, "we felt that the people of Jaffna deserve a better healthcare system. Therefore, we approached the BOI and with the support of the Government, built the new building with all the required facilities of an ultra modern hospital." A 50-bed hospital, which includes ten beds in the ICU, three operating theatres, X-ray and ultrasound facilities, the plan for 2014 is to establish a Cardio thoracic unit. "This would be done together with Dr Ravi Perumalpillai from Oxford through the Oxonian Heart Foundation where Northern Central Hospital provides the infrastructure and they invest in equipment. We are aiming to provide cardio thoracic surgery by 2015," said Dr Keshavarajah.

With further land space of one acre available Northern Central will expand to 100 beds in 2015, together with a Cath laboratory, while a Fertility clinic with IVF treatment will be introduced together with Dr Sadanandan who is a Gynaecologist and fertility specialist from the UK. "Most people from Jaffna go to India for IVF treatment. We felt that it would be good to start a modern clinic in Jaffna, where people from the rest of the country can come to Jaffna for IVF treatment instead of going to India. The advantage of us having this facility in Jaffna is that we are able to garner foreign knowledge from expatriate Sri Lankan specialists who are happy to provide their services for the country," explained Dr Keshavarajah.


By 2016, Northern Central Hospital will be the first business venture to go public from Jaffna. Through these funds the hospital will expand to a 125-bed facility where Neurosurgery too will be available.


"The facilities we have at Northern Central Hospital is similar to any hospital. We do not compromise on quality. We do not want anyone to feel that they are not getting the best facilities," explained S P Samy. All medical tests are available at the hospital. Furthermore, "45 consultants, excluding cardiothoracic and neurosurgery, from the Jaffna Teaching Hospital work for us. We have a 24-hour rostered OPD Doctor and we have a 24-hour ICU Doctor. Therefore if any patient comes, there'll be a doctor to look after the patient in this hospital," said Dr Keshavarajah. The hospital has a central air condition system and sewage system, which is a first in Jaffna. Additionally Northern Central Hospital also has its own water plant.


Speaking about the potential for the medical sector in Jaffna, where medical tourism, which is an area that the Government too is looking at developing further, S P Samy and Dr Keshavarajah said, "there is a good market that we can cater to especially in South India as it is much more affordable for them to come to Jaffna, Sri Lanka than travel to Chennai or any other city in India. They would not be able to afford a facility such as this in India. However, firstly the Kankasanthurai Harbour and Palaly Airport should be developed."

There are many in the health sector in Colombo. However, though there are plans to start various projects in Jaffna, it is of importance to understand the people of the area. As P S Samy explains, "we grew up in Jaffna and have been living here. Therefore, the people in the area know us and we know them. I make sure that I am at the hospital everyday as more than 30 percent of the poeple who come to the hospital daily are known to us. People know our name, which is very important. It is difficult for a new company to come and capture the market overnight." They stressed that Northern Central Hospital is not only for the people in the Northern area, but a medical facility with state-of-the-art equipment and technologies providing services to the entire country. Currently there are people coming from the Eastern province as well to seek treatment at the hospital. "People from the North and East feel comfortable to come to Northern Central Hospital as at times there are communication issues in Colombo. Furthermore, our rates are much cheaper, and we provide the same facilities and services of specialist doctors as Colombo. However, we need to develop further," they explained.


Northern Central Hospital does not seek to compete with medical facilities in Colombo, but it is to ensure that the same facilities are provided in Jaffna. S P Samy further explained the reasons as to why they are able to reduce the rates, "in Jaffna the doctors do not charge very high rates. Most of them have worked abroad, obtained their qualifications and have decided to stay in Jaffna because they want to serve the people. Since this area was affected by the conflict for 30 years, they do not want the people to be deprived of the best facilities and they want the benefit to go to the patients. It is difficult for the hospital to charge high rates because the doctors do not allow us to do so. We need to appreciate these medical practitioners."


Another first by Northern Central Hospital is that they have tied up with an insurance policy and are the only hospital to do so in Jaffna. "It is a family insurance that includes both parents and children below the age of 18. We are also hoping to tie up with the Government's insurance policy as they join with one private hospital in a district. Then Government servants too can make use of these facilities. Furthermore to make payments easier we have also tied up with two private banks as well. We want to make obtaining the best healthcare affordable and accessible to all," explained Dr Keshavarajah.


"People must first visit Northern Central Hospital and see the facilities and services for themselves and decide. Furthermore, as we are from this area people can easily negotiate with us and ask us for better facilities, so that they can get the best for their money and the best from us," S P Samy said on a concluding note.

"There were very good and qualified doctors in
READ MORE